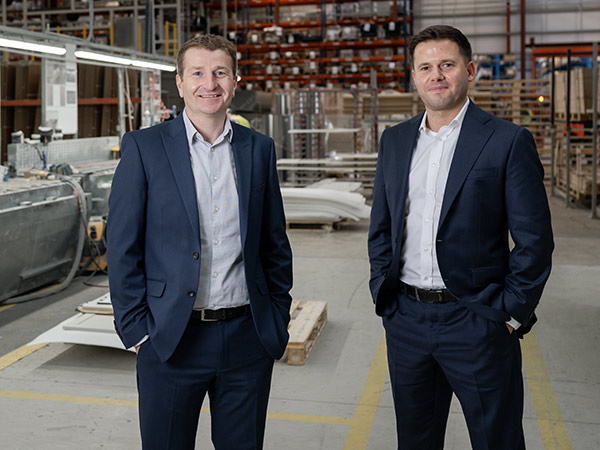 Northern Ireland-based supplier of doors and kitchen accessories, Uform, has entered into an investment agreement with Cardinal Ireland Partners to help it grow its business.

Investment from Cardinal Ireland Partners – a fund managed by Cardinal Capital Group, a private equity fund dedicated to investing in Ireland, will be used to expand Uform’s operating capacity at its 225,000 square foot facility in Toomebridge, Co Antrim. It was also used to build Uform’s expertise, capabilities and capacity in paint-to-order products.

Uform has grown by 40% annually over the past three years and Cardinal’s investment will allow it to expand its operations to take advantage of the opportunities it has identified in the Irish and UK markets.

The funding will also be used to increase the capacity of Uform’s sister company Andoras in Donegal, which produces luxury handcrafted furniture to order under the Novelle by Aisling brand.

Eamon and Paul Donnelly will remain significant shareholders in the business alongside Cardinal and BGF, a UK-based investment company. Cardinal’s Mike Maloney and Paul Doody will join Uform’s board of directors.

Simon Oliphant, Uform Group CEO, said of the deal: “Uform has always had the ambition and the ability to grow. We see considerable opportunities in the Irish and UK markets. This investment from Cardinal will enable us to realize that potential. »

Co-founders Eamonn and Paul Donnelly added, “We chose to partner with Cardinal because of their knowledge, shared culture, ambition and willingness to invest and support the strategic plan and strong track record. in business development assistance.

Speaking of the deal, Paul Doody, Managing Partner at Cardinal Capital Group, said, “Uform has the potential to grow significantly and become a market leader over the next four years. We have looked at many companies in the wider kitchen, bedroom and bathroom space and the quality of Uform’s offering, its competitive positioning and the management team stand out as the best in their class. Uform’s market leading position in Ireland, combined with an established and rapidly growing presence in the larger and highly fragmented UK market, is very attractive to us.

Uform was founded in 1993 by Eamon and Paul Donnelly alongside their late father, Eddie. It has 415 employees between the Antrim and Donegal sites and delivers an average of 1,600 kitchens per week to customers in the UK and Ireland.