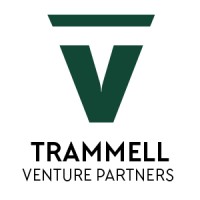 Trammell Venture Partners, a leading company venture capital firm, announced the closing of the venture capital industry’s first fund in a new series dedicated specifically to supporting founders leveraging the Bitcoin/Lightning Network protocol stack. The TVP Bitcoin Venture Fund Series is leading the industry in this critical area for dedicated venture capital investing, closing the existing gap in venture capital funding for Bitcoin-focused founders and unleashing a torrent of new energy on the crypto market at an early stage.

“Over the years, the Bitcoin community has rightly been extremely cautious about making changes to Bitcoin Core, but the development of the layers of Bitcoin’s protocol stack has been constant. We were waiting for the right time to look into our North Star: Bitcoin,” said Christopher Calicott, Managing Director of TVP and Founding Partner.

“Key infrastructure elements of the Bitcoin ecosystem such as increased channel capacity in the Lightning Network, robust growth in Bitcoin-backed credit markets, and other factors are beginning to give rise to a layer of native bitcoin app. Now is the time to accelerate investments in the Bitcoin space,” Calicott added. “Increasingly, founders are relying on the core monetary layer of the internet. Bitcoin has already earned that title; it’s just not recognized yet. The TVP Bitcoin Venture Fund Series exists to accelerate that inevitability by supporting the founders who are building the future brands emblematic of the emergence of a strong new monetary order – the last facet of our world still untouched by positive disruption.

Since the early days of Bitcoin, TVP partners have taken on the challenge of being extremely long on Bitcoin while still wanting the ability to invest in other alternative asset classes. TVP has already made investments in Bitcoin-derived credit markets and saw an opportunity to lead the forefront. “No one should ever feel like they have to sell bitcoin to make other worthwhile investments. TVP becomes a platform, serving the needs of other investors like us,” Calicott said. With this fund, TVP launched the industry’s first institutional feeder fund to enable investors to use bitcoin as a base collateral to access alternative asset classes like venture capital.

“Investors should never have to liquidate bitcoin to invest, and at an institutional level that starts with our new feeder fund approach,” noted Dustin D. Trammell, founding partner of TVP.

Calicott added, “We eat our own kitchen using the native Bitcoin protocol custodial model to secure bitcoin over the life of the fund to invest without giving up our edge in bitcoin, which will be available to other investors at the future. This new approach provides TVP with a rare opportunity to innovate while pushing the industry toward new Bitcoin-specific credit agreements, terms, and facility types, all while hinting at the longer end of the curve. bitcoin interest rates. “Safe and secure return and immaculate collateral yield is the future for long-term bitcoin holders.”

Recently, prolific bitcoin angel investor Stephen Cole joined TVP as a venture capital partner to source select fund deals. “I am excited to share TVP’s vision and focus on a bitcoin-based future. With this fund, we’re positioning ourselves for the kind of long-term value creation that we believe can reshape not just fintech, but the internet, venture capital, and even the global monetary system. In a sea of ​​crypto noise, TVP is a Bitcoin signal,” Cole said.