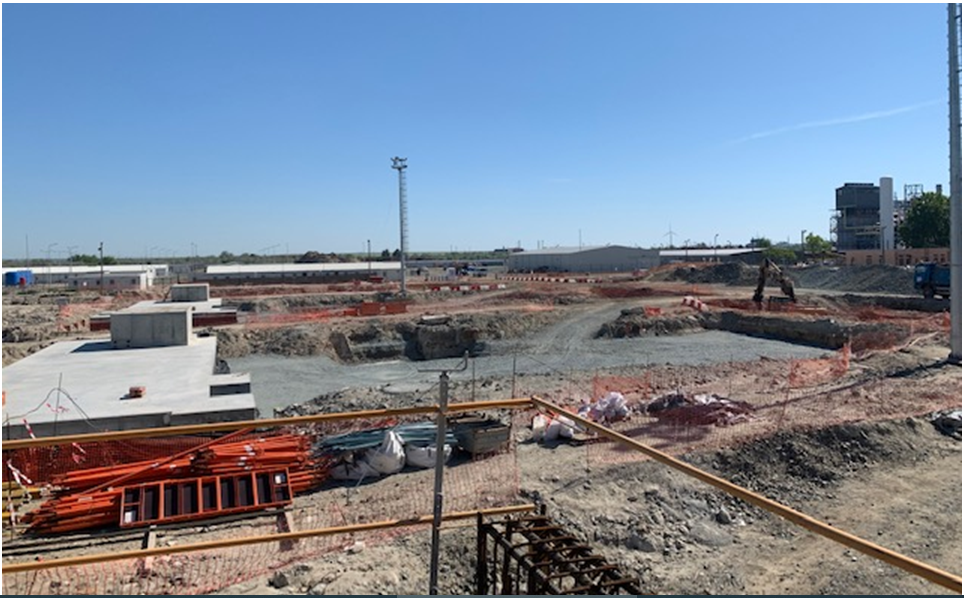 The brownfield type investment includes the assets of Uzina Termoelectrica Midia (Thermal Power Plant of Midia) and its personnel for the operation of the existing equipment and the new power plant. The estimated deadline for the commissioning of the cogeneration plant is July 2023.

The credit recently accessed by KREIF represents more than 65% of the amount necessary for the implementation of the investment project, estimated at a total value of 148 million dollars, the financing benefiting from a grace period until January 2024 – i.e. 6 months after commissioning of the plant. The repayment period is 5 years with a maturity at the end of January 2029.

CMS Romania acted as legal consultant for the banking syndicate.

Through Rompetrol Energy, the Investment Fund has selected Calik Energy as the project’s general contractor (Engineering, Procurement and Construction). It began the execution of the contract in June last year by launching design activities, as well as carrying out a series of works, such as the demolition in June of the 150-meter-high chimney of the thermal power plant of Midia and the old turbine house, abandoned more than 10 years ago, preparation of the ground before construction, construction of the foundations of the new turbines, currently being manufactured by the producer.

The new combined electricity and thermal energy production facility will be mainly fueled by natural gas and will partially use (up to 25%) fuel gas from technological refining processes. The plant’s efficiency level will be very high, reaching 92%.

According to its technical configuration (two high-efficiency Siemens SGT-750 turbines and two waste heat boilers), the new power plant will produce approximately 80 MW of electrical energy, most of which will be used for the overall coverage of the necessary power. at Petromidia platform, as well as technological steam for the refinery up to 180 tons / hour and the hot water necessary for the heating system of the city of Navodari – up to 20 MWt / hour. The project will generate approximately 11 ml annually. USD in taxes paid to the state budget.

At the same time, the plant will ensure the stability of the supply of the energy necessary for the Petromidia platform as well as the thermal energy of the city of Navodari. In addition, it will allow an annual reduction of 290 kt of CO2 emissions for the production of electrical energy and a saving of 1.2 TWh on the primary energy resources used.

Established in 2018, the Kazakh-Romanian Energy Investment Fund is owned by KMG International and the Romanian state through SAPE (Societatea de Administrare a Participațiilor în Energie / Company for Administrating of Participation Shares in Energy), its main and strategic objective being the development of energy projects in Romania. At the same time, both shareholders – KMGI and the Romanian State are present in the shareholder structure of Midia Thermal Power Plant and Rompetrol Rafinare – the operator of Petromidia Năvodari and Vega Ploiești refineries, as well as the only polymer producer in Romania .

The majority stake in Rompetrol Energy is held by the Kazakh-Romanian Energy Investment Fund together with Rominserv and the Midia Thermal Power Plant.