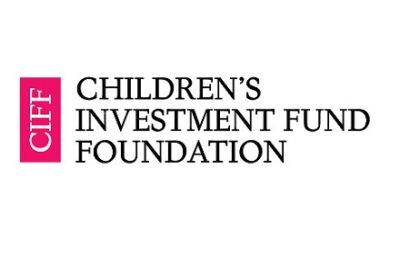 The Children’s Investment Fund Foundation (CIFF) has spent more than $12.9m (£10.6m) in legal fees in connection with a divorce settlement between its founders.

The foundation’s latest accounts show that between the year ended August 2014 and December 31, 2021, total legal costs stemming from “governance issues” amounted to $12.9 million.

CIFF was jointly established in 2002 by Sir Christopher Hohn and his then wife, Jamie Cooper, who served as the foundation’s chairman and chief executive. A breakdown in their marriage created conflict in the administration of the charity.

As part of their divorce proceedings in 2014, Cooper agreed to resign from the charity. The High Court then ordered CIFF to donate £277m to Big Win Philanthropy (BWP), a charity set up by Cooper.

Subsidy to BWP and legal fees

The report says that of the $12.9 million spent on legal costs, $3.2 million was paid to the parties in relation to the grant awarded to the BWP.

The accounts read: “During the year the issue of legal costs arising from the appeals process was resolved, with the foundation making payments to Ms Jamie Cooper and Dr Marko Lehtimaki, as the ordered the Supreme Court and in amounts agreed between the respective parties.

“The foundation was ordered to pay the legal costs of the Attorney General who was also a party to the proceedings but as of December 31, 2021, the Attorney General had made no claim for these costs. Although the foundation has been advised that it has complied with all of its obligations in relation to these costs, a sum of £250,000 has been set aside in the event of a claim.

As of December 31, CIFF had disbursed four installments of the grant, totaling $72 million.

The latest accounts also reveal that the charity’s income has dropped significantly to $29 million in the year to December 31, down from $97 million in 2020. However, investment gains are from $264 million to $695 million.

The combined net investment return for the year was 12%, an increase of 4% compared to 2021, “reflecting continued strong investment performance, with a cumulative performance of 471% since April 2009”. This represents a return of 15% per year.

CIFF has grown its charitable activities over the past four years from $247 million to $828 million. Meanwhile, grant funding has grown from $208 million to $468 million over the same period.

CIFF says in its accounts that it has engaged with more philanthropists to fill the void left by “reduced financial commitments from donors, including the UK’s reduced aid target”.