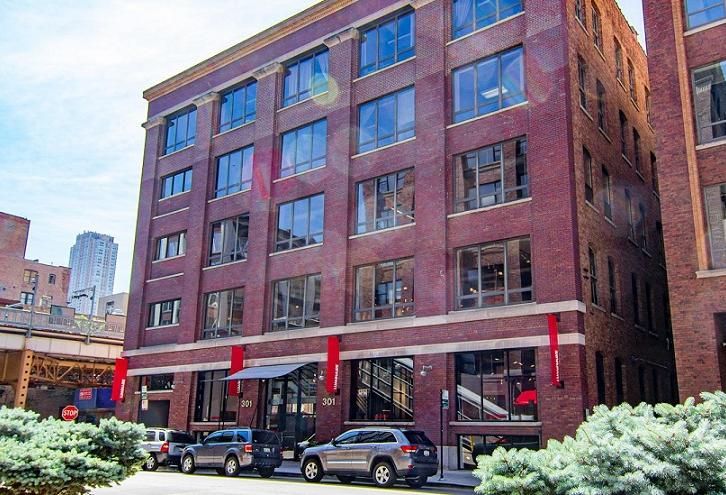 Over the weekend, the firm’s investment arm North Wells Capital and its joint venture partner Skydeck Capital completed the purchase of a former industrial building at 720 North Franklin St. in the River North neighborhood in the purpose of renovating and leasing the 47K SF brick-and-timber structure.

This is the kind of work Urban Innovations has been doing since the 1980s, when it began transforming River North from an industrial warehouse district into a sleek loft office market. North Wells Capital had planned to buy the property from McCaffery Interests before the coronavirus pandemic hit, but it put the deal on hold until the clouds over the office market began to lift this year.

“It’s our bread and butter, but over the last 18 months Covid has made it a bit difficult,” said North Wells Capital manager Tony Lindsay.

Confidence was restored as tenants began signing leases in recent months in the company’s historic River North portfolio of more than 700,000 square feet. Like other players in the River North submarket, it primarily serves small businesses, many of which rent around 1K SF, and Lindsay said it seems likely this group will return to the office faster than larger businesses and less agile of Central Loop.

“Whether or not everyone is sitting in their seats, we see very strong return plans,” he said.

What’s particularly gratifying is that his latest project, 306 West Erie St., was 85% leased. North Wells Capital acquired the five-story building in 2017 and nearly doubled in size during a renovation. The company plans to make it the centerpiece of Verso, a proposed community hub consisting of three buildings. Workbox Coworking Co., a coworking hub and startup accelerator, is the first office tenant and will move in later this month.

720 North Franklin St. is just north of the Verso site. It was originally built in 1925 for industrial use, then renovated into a commercial and office building. That makes it an easy fit with the rest of the company’s portfolio, but Lindsay said it needed a little help. The new owners plan to replace its elevators and upgrade its HVAC systems, including the addition of advanced air purification technology that can remove harmful viruses and bacteria.

Lindsay cannot disclose the purchase price due to a confidentiality agreement with McCaffery Interests, he said, and details of the transaction are not yet public information.

The building is now around 70% let, he added, but renovation plans, coupled with an economic recovery and a return to the office, should see vacancies filled.

“It’s not rocket science, we’re going to do it the same way we do for our existing River North assets,” he said.