Quebec signs a $1.2 billion investment agreement with Airbus for the production of A220 airliners 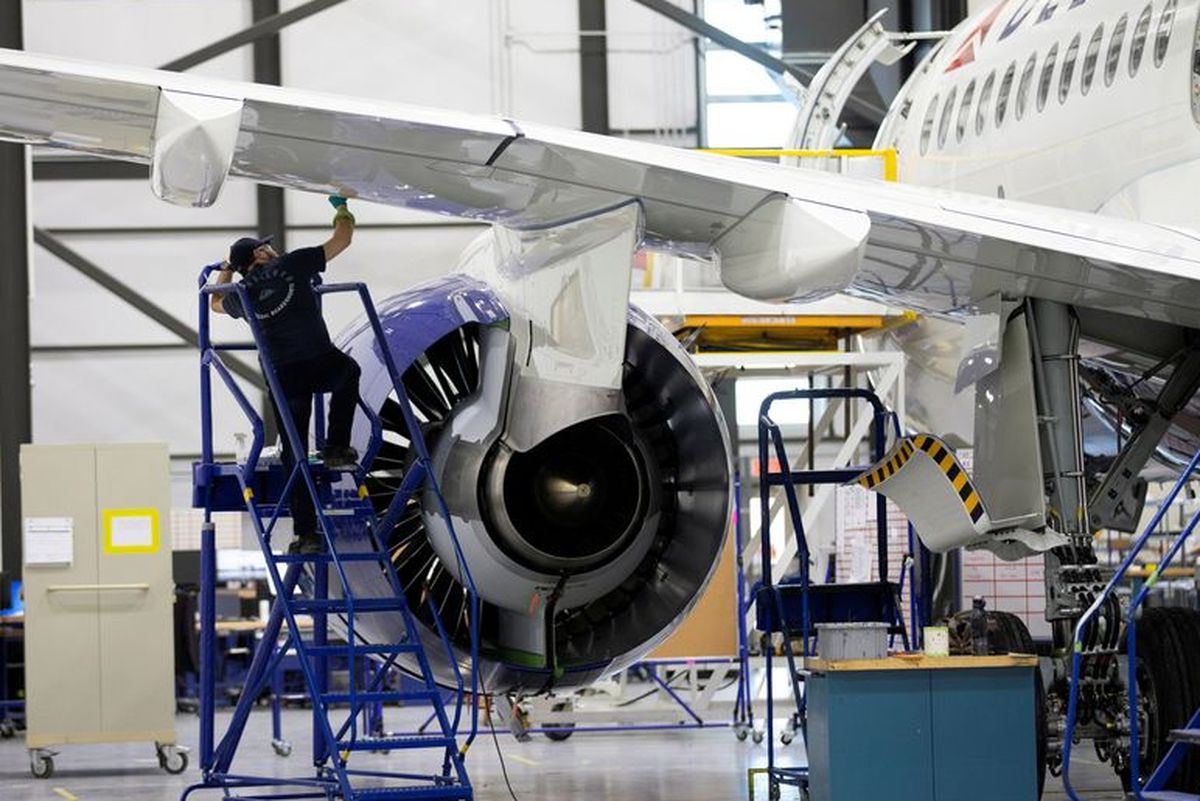 The Quebec government is pumping more money into its manufacturing partnership with Airbus SE on the A220 jetliner, a move that buys it more time as the company tries to monetize the program amid high demand for the plane.

Quebec will add an additional $300 million to its initial $1 billion investment in the limited partnership, while Airbus will commit an additional $900 million, the partners said in a statement Friday. The money will be used to ramp up the pace of production of the plane in the months and years to come as Airbus delivers a strong order book for the plane, they said.

The increase in its investment allows Quebec to remain a shareholder in the company for four more years until 2030, the partners said. Under the previous agreement, Airbus had the right to buy out Quebec’s share in 2026.

“This investment strengthens Quebec’s position in its partnership with Airbus,” said Pierre Fitzgibbon, the province’s Minister of Economy and Innovation. He added that without the financial injection, Quebec risked being kicked out of the ownership structure.

“We are getting longer-term commitments and we have a better chance of recouping our initial investment.”

The A220, a single-aisle aircraft that seats 100 to 150 people, is the former C Series airliner developed by Bombardier Inc. at a cost of over US$6 billion. It was the largest research and development effort in the company’s history, a nearly two-decade push funded in part by public funds with the goal of placing Bombardier at the forefront of global aircraft manufacturing. airliners.

The plane was two years behind the market and $2 billion over budget, and Bombardier misjudged the aggressiveness of its rivals. After looking for a partner to help fund the venture, Bombardier turned to Airbus in 2018, ceding control for a small fee.

Quebec, which had invested US$1 billion in the program to help Bombardier avoid a financial collapse, later increased its share to 25%. Airbus owns the remaining 75%.

Airlines are making good use of the fuel-efficient A220 narrow-body aircraft in the current economic crisis, Airbus Chief Executive Guillaume Faury said in a statement. About half of the A220 fleet worldwide was still flying during the first months of the pandemic in 2020, while three airlines kept almost all of their A220 planes in service, according to Airbus.

The company has received 668 orders for the aircraft in total and has delivered 193 at last count. The airlines that have purchased the jet are Air Canada, Air France and Delta Air Lines.

However, the A220 program remains a loss-making proposal from a manufacturing standpoint, both for Quebec and for Airbus. The Province has taken a mandatory accounting provision against future losses and claims that the current book value of its investment is zero.

Mr. Fitzgibbon said he is convinced that the program will generate benefits for the province as the delivery of aircraft accelerates.

Airbus needs to increase production from the current five units per month to boost profit margins through the learning curve that comes with building an all-new jet. That won’t happen as quickly as expected due to COVID-19-related work slowdowns and delivery adjustments, company executives said last year.

Airbus, which is based in Toulouse, France, estimates it will break even on the A220 by mid-decade. The airliner is built in the Montreal suburbs of Mirabel, Quebec, and Mobile, Alabama.

With this investment, Quebec secured more formal contractual language requiring Airbus to maintain production of the A220 at Mirabel, Mr. Fitzgibbon said. He called this aspect a key victory as the government tries to boost wealth by creating and maintaining well-paying jobs. Airbus employs approximately 2,500 people in the province.

Your time is precious. Receive the Top Business Headlines newsletter in your inbox morning or evening. register today.