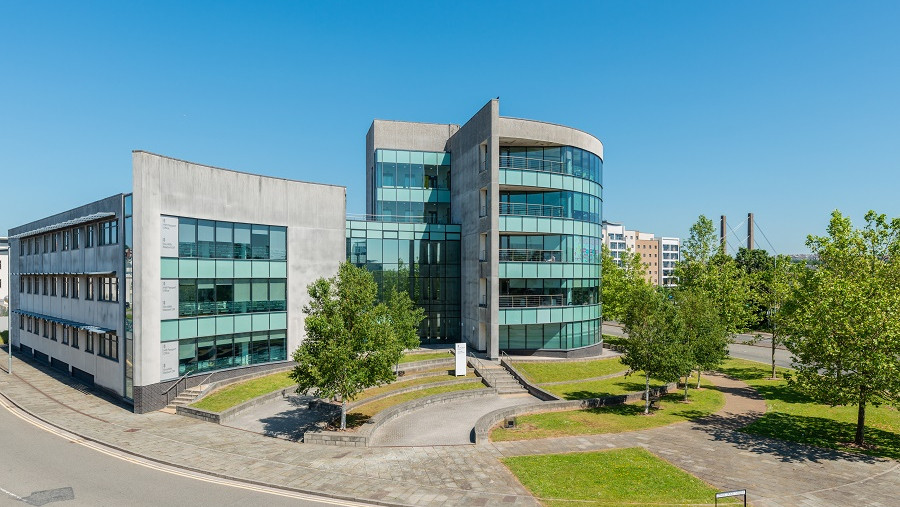 A pair of offices in Swansea and Newport comprising over 90,000 square feet of Grade A space have been acquired for almost £30million.

The properties – which are leased to the Welsh Government – offer a total of 92,000 square feet of Grade A office space. The leases benefit from “attractive” indexation linked to the RPI in terms of the rental structure and are considered to be perfectly suited to the criteria Equitix’s investment strategy in terms of generating long-term availability-based cash flow for its investors.

The acquisition of Ellipse (below) and Nexus represents the latest in a series of acquisitions in which Cooke & Arkwright has provided buy-side trading advisory services on behalf of funds managed by Equitix.

Other properties acquired include the Pearson Building, Nottingham in April 2021; King’s Court, Sheffield in April 2019; and Crickhowell House, Cardiff in January 2019.

Graham Davies, Chief Investment Officer at Cooke & Arkwright, said: “Each of the properties is leased to a UK Government-backed counterparty and demonstrates how we have identified a pipeline of high-quality properties with suitable letting structures that meet the specific requirements of funds managed by Equitix.

“Further opportunities located across the UK are currently being sought by Cooke & Arkwright on behalf of Equitix, demonstrating the strength of the relationship that has developed over the past four years since the the firm’s investment agency successfully advised Equitix on an acquisition in this sector for the first time,” Davies said.

Gareth Lloyd of Knight Frank, added: “Having advised on the initial acquisition of these two assets for LGIM in 2010, we were delighted to be able to act for them on the disposal again and execute a successful disposal.”