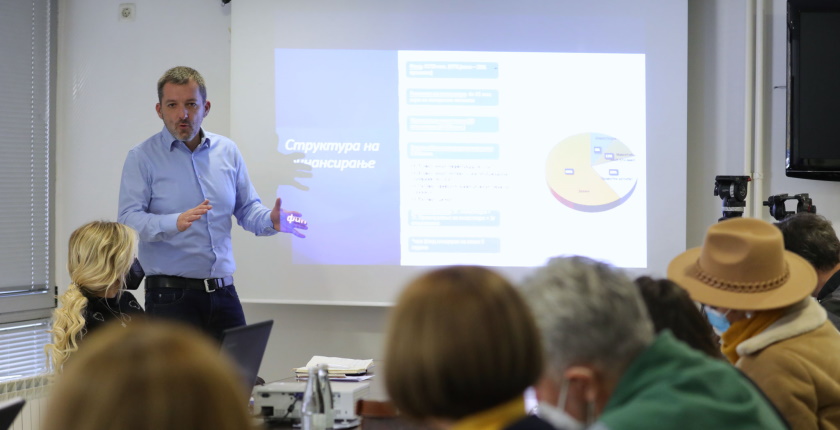 North Macedonia said it will establish a strategic green investment fund for green structures, technologies and infrastructure. The mechanism is expected to trigger investments worth € 750 million, create 15,000 jobs, boost economic growth by one percentage point and increase exports by € 2 billion over the next four years.

The objective of the Green Strategic Investment Fund for Free Zones is to facilitate private sector financing for the transition to a modern, efficient and competitive economy with zero greenhouse gas emissions by 2050 at the latest, from improve North Macedonia’s compliance with the Sofia declaration on the Green Agenda for the Western Balkans and EU rules, limit budget spending and increase growth by attracting foreign and domestic private investment in the green economy.

The proposed fund is part of the government’s plan to accelerate economic development. It was designed by the Free Zones Authority and the World Bank.

The fund is expected to be created with € 70 million from public funds, international financial institutions and private investors.

The idea is to secure 70 million euros from public funds, international financial institutions and private investors such as banks, investment funds and individuals. The share of the fund in private projects will not exceed 40%.

According to Jovan Despotovski, director of the Free Zones Authority, decisions on investment projects will be taken by a group of experts.

The government decided to limit its share to 10 percent to encourage the inclusion of private capital, mainly from domestic banks, but also from abroad, in infrastructure and green technology projects that would accelerate economic growth, Despotovsky said, adding that it doesn’t affect public debt.

The logic of the fund’s financing is to invest in projects that could generate income for the Free Zones Authority and investors, he said.

Two major projects currently in preparation will be financed under the new fund. These are the installation of photovoltaic solar power stations in free economic zones and the creation of a special green zone for technological development, one of the possible locations of which is Gevgelija.

The implementation of these projects costs more than 120 million euros, which would involve budgetary financing or indebtedness. With the new fund, the government would provide only 10%, and the remaining 90% would come from private sources, Despotovsky stressed.

According to the Free Zones Authority, the fund is based on two pillars: the promotion of green investments, including infrastructure for investors in free zones, energy, transport, services and the strengthening of the technological capacities of companies. national governments to engage in global supply chains.


Views of the publication:
223