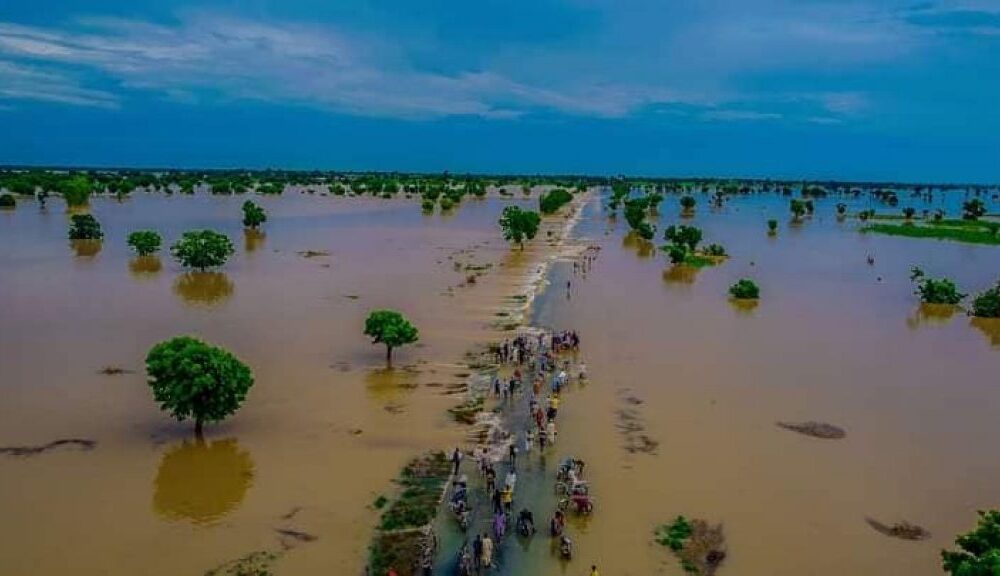 The flood situation in Nigeria continues to be a crushing disaster and has taken its toll on the country’s citizens, according to recent reports from the United Nations International Children’s Emergency Fund (UNICEF) revealed that 2.5 million Nigerians have been affected by the floods, with children constituting around 60% of them.

Recent floods have affected 34 of Nigeria’s 36 states, while 1.3 million Nigerians have been forced from their homes due to the disaster, killing more than 600 people.

UNICEF said flood-affected states have a high chance of diarrhea, water-borne diseases, respiratory infections and skin diseases. Meanwhile, in the northeastern states of Borno, Adamawa and Yobe, there are already 7,485 cholera cases and 319 associated deaths.

According to Christian Munduate, the UNICEF Representative in Nigeria, children and adolescents in flood-affected areas are highly vulnerable and at risk of disease and psychological distress, he said, UNICEF is doing everything possible to provide life-saving assistance.

“Children and adolescents in flood-affected areas are in an extremely vulnerable situation, they are particularly exposed to waterborne diseases and emotional and psychological distress. UNICEF is working closely with the government and other other partners to provide lifesaving assistance to those most in need,” he said.

“I’m sure if the situation was beyond our capabilities, a state of emergency, whatever that might encompass, would certainly have been declared in the country.”

A few days ago king of investors reported that the United States pledged $1 million to support flood-affected communities in Nigeria.