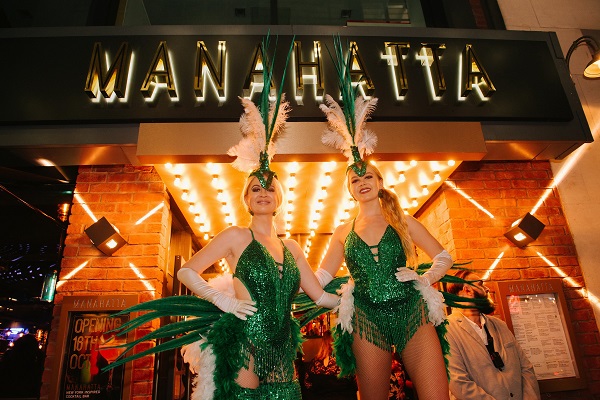 Bar operator Arc Inspirations is set to accelerate its growth after securing significant investment from BGF – the UK and Ireland’s most active growth capital investor – for a minority stake in the Martin-led business Wolstencroft.

BGF is investing £19 million in the business. The deal means the company will look to double its footprint over the next few years by opening multiple bar locations in major UK cities, rolling out its “cluster” strategy.

The funding announcement marks a new phase for the company, paving the way for an accelerated rollout of its three premium brands Banyan Bar & Kitchen, BOX and Manahatta. The investment will support the company’s ambition to double the activity of its current 18 sites, opening at least four new sites per year over the next three to five years.

Wolstencroft said: “We are absolutely delighted to have secured this investment from BGF, who are committed investors with a proven track record of supporting growth and success in the hospitality and leisure industry. This funding will allow us to significantly expand our business, enabling us to take advantage of substantial market opportunities over the next few years as we take our winning brands to more key cities across the UK.

This agreement marks the first time that Arc has introduced an external investment into the group. Its expansion to date – since Wolstencroft and co-founder Chris Ure launched the business in 1999 – has been funded by the company and more recently through a renewed partnership with HSBC.

Wolstencroft, Ure and chief executive Anni Opong remain “significant” shareholders in the company. As part of the agreement, non-executive director Steve Richards, CEO of Parkdean Resorts and chairman of UKHospitality, will continue to support the management team as non-executive chairman.

The investment comes after a year of resurgence and recovery for the company from the challenges of the pandemic. Arc Inspirations recently recorded record annual sales, exceeding £40 million, and last autumn opened two new iconic locations, in Birmingham (Manahatta) and Deansgate, Manchester (BOX).

The deal was led for BGF by Barry Jackson and Rob Johnson. Jackson, Head of BGF in Yorkshire and the North East, said: “Arc Inspirations is an ambitious company with proven concepts and plans to expand into areas of the UK. We have the experience of successfully supporting similar businesses on this journey. Arc has already reached impressive scale and we look forward to working with Martin, Chris and the team to deliver the plan to take the business to the next level.

Arc Inspirations operates a cluster model, running high-end, large-scale bar venues in close proximity to each other, under complementary brands in key cities across the Midlands and North. It currently employs 1,000 people and its growth plans allow it to recruit a similar number again, over the next three to five years.

More recently, he announced plans to open a new £2.5million Manahatta on Collingwood Street in Newcastle on the site of a former Allied Irish Bank, creating nearly 100 new jobs. It is the group’s second location in the city – it also operates a Banyan Bar & Kitchen on nearby Blackett Street – and is due to open in late 2022.

Wolstencroft added: “This investment marks a new phase for our business and is a real milestone for us in our 20+ year journey from when Chris and I opened our first bar in Headingley, Leeds, to ‘to where we are now with a group of 18 leading companies led by a team of exceptional operators.

“It’s a brilliant result and the reason we were able to do it is because of our people. The determination and effort they have put into the business every day, especially over the past year, has been exceptional and we are truly excited about the future and what is possible.