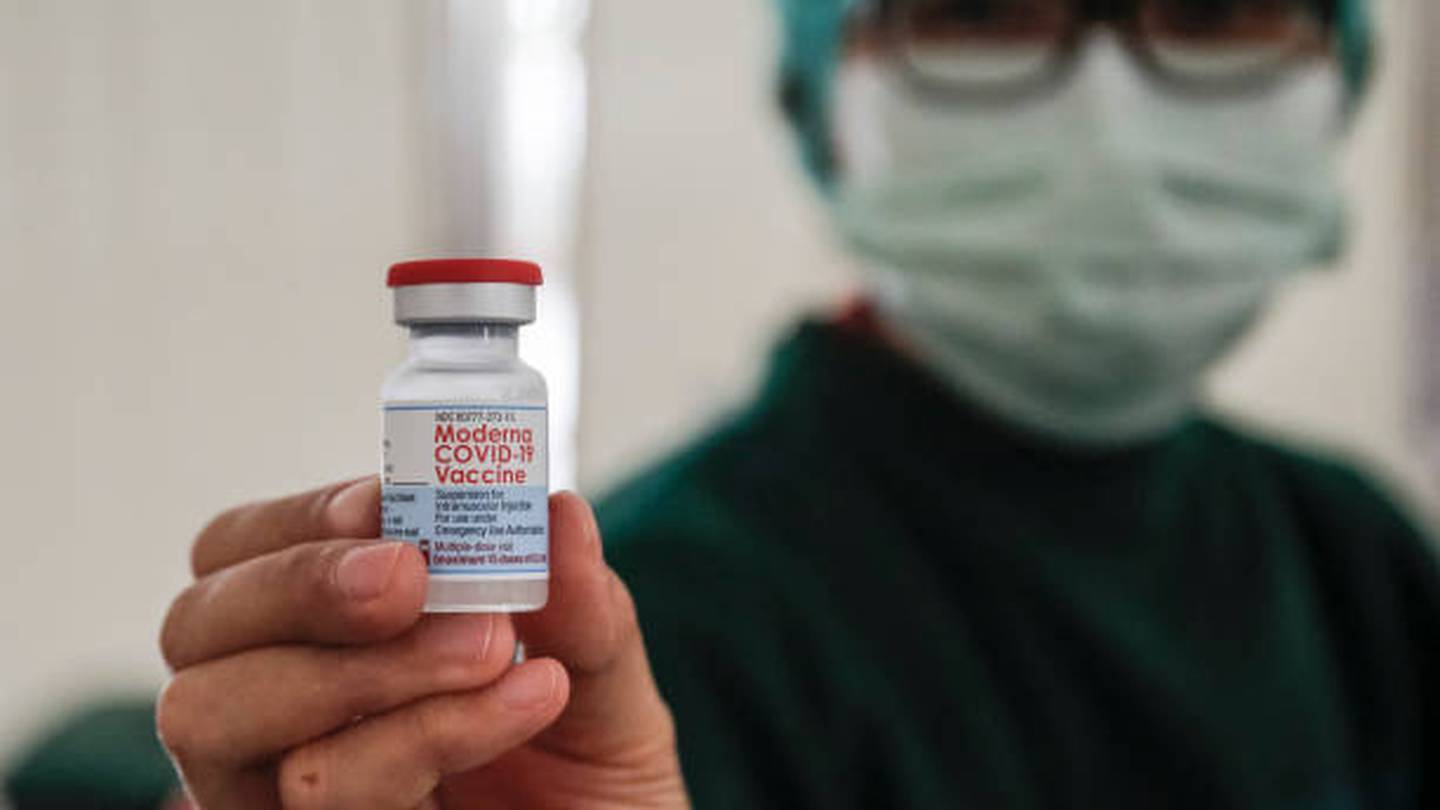 According to reports, Moderna is in the final stages of talks with the UK government over research and manufacturing agreements, as well as participation in clinical trials run by the National Health Service.

The US pharmaceutical giant is close to closing a major investment deal, sources have said.

Fantastic to meet the team of @Moderna_txincluding Stéphane Bancel, in Boston.

The UK is uniquely positioned to become a life sciences superpower, and working with the world’s biggest companies is crucial in this regard.

Mr Javid hailed a “fantastic” meeting with Mr Bancel and his team, adding: “The UK is uniquely positioned to become a life sciences superpower, and working with leading global companies is crucial for this. “.

Progress in talks between Tory-led government and drugmaker, first reported by UK FinancialTimes newspaper, has not been made public by any of the parties.

If a deal is struck, Prime Minister Boris Johnson would likely hail it as a key part of the UK’s post-Brexit strategy to establish itself as a global hub for life sciences.

It would also provide an additional boost to Moderna, one of the pioneers of mRNA technology.

By establishing a manufacturing plant that can be quickly adapted to target emerging pathogens, Moderna would play a major role in helping the country prepare for future pandemics.

Meanwhile, the UK government is working on a plan to inject £6bn ($8.12bn) into a scientific research fund, in case it is left out of a major EU program in the UK. middle of Brexit’s last line centered on trade between Northern Ireland and the rest of Britain.

The global science package would run for three years and act as a Plan B option if the UK’s hopes of accessing the EU’s Horizon Europe research program are dashed.

Horizon is the 27-nation bloc’s main funding program for research and innovation, with a budget of €95bn (£80bn).

Moderna’s Covid-19 vaccine has played a major role in the UK’s Covid-19 vaccination programme. The vaccine was the third vaccine to gain approval for use in Britain when it was given the green light in January 2021.