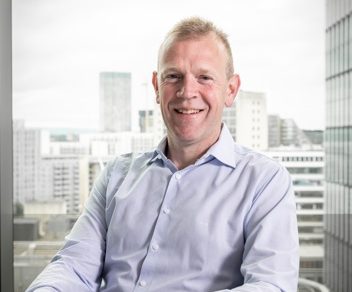 M&A prospects for 2022 remain strong for the UK, according to the bosses of Houlihan Lokey, the global investment bank.

US-based Houlihan Lokey recently completed the acquisition of GCA Altium for £ 425million. 500 of its professionals in the Manchester, Leeds, Birmingham and London offices have joined the bank’s workforce.

Phil Adams, who rose from CEO of GCA Altium to head of the global technology group and co-head of UK Corporate Finance at Houlihan Lokey, said the merger had created “a truly global” and accessible mid-size company that remained focused on its regional customers.

“The combination of the two has created a more solid platform,” he told TheBusinessDesk.com.

“When we sit in front of a client now it means we have a much bigger team and in the US we are now the number one middle market company in the world.

“It doesn’t change anything, we’re still a local company with local offices, but we just have a bigger platform to operate and a lot more depth in the United States.

“The combination of the two has had a positive synergy across our offices and employees and we are already seeing this boost when we are winning business and leveraging all of the global industry expertise. . There was a real strategic logic on both sides.

On the M&A market, Adams said there has been positive momentum, with technology being the big beneficiary.

He explained, “There has been a tremendous amount of capital to do business. Private equity remains strong and banks continue to lend. There has also been an acceleration in digitization and even for companies that are technology companies, they are often looking to acquire companies that bring them new technologies, or in acquisitions that can accelerate their growth.

“You would be naive to predict that it will stay where it is now forever, but there has been a positive wave after Covid and we see no signs of slowing down.”

He said: “We expect the coming year to be another active year in the M&A business.

“The indications now are that we’ll see more of the same, but there are always headwinds on the horizon and 2022 will be different. Fortunately for us, the mid-cap space is much less volatile than the large-cap space that many of our brethren focus on. “

With expertise in mergers and acquisitions (M&A), capital markets, financial restructuring and valuation, Houlihan Lokey serves clients worldwide from offices in the United States, Europe, the Middle East and in the Asia-Pacific region.

The company has been looking to build capacity over the past few months through a sustained acquisition campaign, and GCA’s corporate culture, business philosophy and customer focus “all closely resemble Houlihan Lokey,” making of this decision an excellent “cultural concordance which outweighs all the strategic advantages”. “

“As soon as we met the GCA team, it became very clear to us that we had many characteristics in common: a ‘customer first’ attitude, a focus on collaboration and team spirit, and an entrepreneurial environment, ”he said.

He added: “Before the acquisition I would say we were a very good ‘up and comer’ in Europe, but still downscaled to some of our peers.

“The acquisition of GCA is a real game-changer and we are now the second most active investment bank in Europe.

“In addition, we now have a solid footprint in Asia that we previously lacked. “