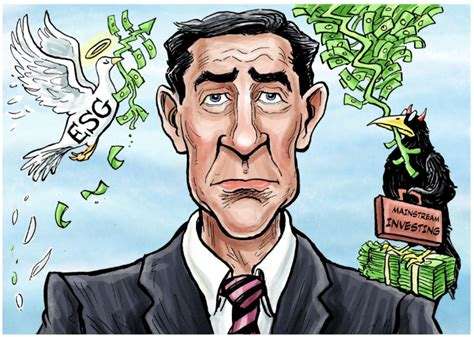 Strive 500 ETF Founder and Executive Chairman Vivek Ramaswamy has launched a new index fund designed to focus on excellence rather than politics. His company is designed to drive “cultural change in the boardroom” by maximizing value against political agendas and focusing “exclusively on merit.” The company also sent a shareholder letter to Disney and Apple in their first corporate deed this week with that same message. He made the announcement on FOX News’ ‘Varney & Co..’

STRV is the ticker, it’s the Strive 500, and they’re working to bring that same voice to corporate America and corporate America’s meeting rooms. The message is to demand that they focus exclusively on “excellence rather than politics”.

“When it comes to hiring, go back to focusing exclusively on merit,” adds Ramaswamy. “I am proud to say that this was the subject of my shareholder letter to the Apple board and that there is a separate letter to the Disney board. I hope [this] is the start of a broader conversation both in capital markets and in the boardroom.

The CEO of Disney has taken toxic political positions that hurt Disney’s business.

Normal capitalism: its first 3 shareholders would tell it to stop.

Capitalism Today: BlackRock, State Street and Vanguard tell it to keep going on behalf of “ESG” and “DEI”.

This is the problem.

The source of the problem in these companies is the ESG regulations, which were enacted in 2015. It was then that employers were able for the first time to stake the future of their employees on their own social causes and beliefs. personal, by expressly allowing companies to “make investment decisions that reflect climate change and other environmental, socialWhere governance Considerations (ESG)…”

“This is not the free market in action. It’s even worse than a monopoly or an ideological cartel. They work hand in hand with the ruling party to be able to make their offer through the private sector. If you couldn’t get the Green New Deal passed by Congress, guess what? John Kerry does? He gets all the big bank CEOs to sign the so-called Climate Pledge… but it’s also a form of crony capitalism because I’m going to tell you, you know, as well as I do, banks aren’t charitable institutions. The question is what do they get in return for signing this climate pledge? This is the crony capitalism of our moment…”

Our friends at Clownfish TV commented on how this might affect Disney:

And Ramaswamy is not alone. Earlier this month, Terrence R. Keeley, a former BlackRock executive, argued that ESG is bad for society by WSJ op-ed. He believes that environmental, social and governance investors “have not been very successful or done much good”. He also pointed out the hypocrisy of ESG ratings, explaining how Pepsi Cola is rated higher than Tesla, Elon Musk’s electric car company.

“Does that mean electric vehicles are worse for the planet than soft drinks, or that socially minded investors should overweight Pepsi and underweight Tesla in their portfolios? He asked.

If you are looking at your own investments and want to learn more, you can check out STRV yourself here.