Imbert presents the distribution of the Clico investment fund 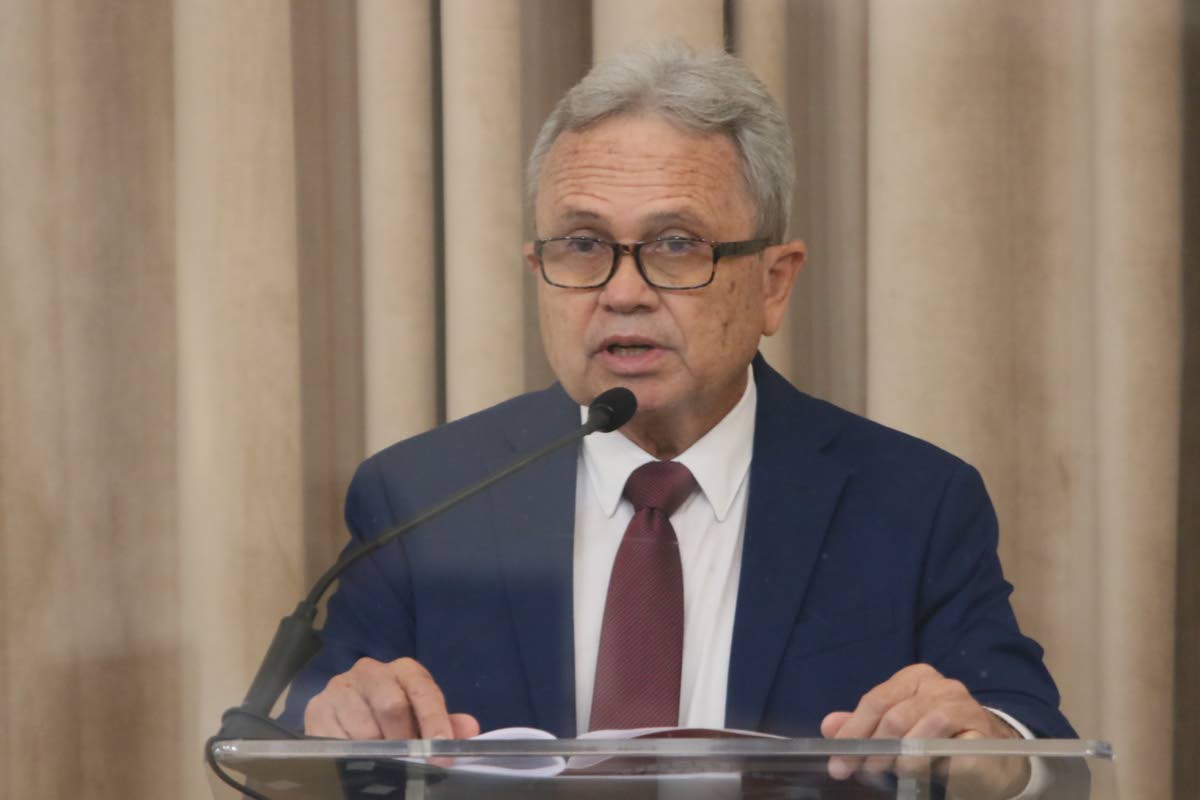 Finance Minister Colm Imbert said the distribution of shares and bonds to Clico unitholders will begin in January 2023, after the Clico Investment Fund (CIF) closes on January 2, 2023.

In the Senate on Tuesday, Imbert gave a breakdown of the status of the fund, which was created by the government in 2012 to buy back the series of 11- to 20-year bonds issued to holders of short-term investment products sold by Colonial Compagnie. life insurance (Clico) and British American Insurance Company.

“The Clico Trust Corporation, established as a 100% public company, is the trustee of the CIF and is governed by a deed of trust. CIF is a 204 million unit closed-end fund that is traded on the TT Exchange. The fund has a lifespan of ten years with a redemption date of January 2, 2023. The CIF consists of a mix of 40,072,299 RBL Financial Holdings Ltd shares and government bonds with a face value of $702,867,000 with a coupon of 4.25% and a term of 25 years.

He explained how the distribution would take place as defined in clause 19 of the Clico investment trust indenture. Clause 19.2 states that after the termination of the trust, the trustee will distribute the shares of RBL Financial Holdings, any other assets including the deposited property and the income of the fund in cash (Latin term meaning in real form), to the unitholders .

“The Trustee is entitled to retain, out of all moneys in his possession, any part of the property deposited, full provision for all costs, debts, liabilities, charges, expenses, etc., pursuant to the winding up of the fund. As of September 30, 2022, the CIF had 6,227 unitholders. Pursuant to the Indenture, the property deposited, net of liquidation costs, is to be distributed in specie, ie in real form, to Unitholders and will be distributed as follows.

“Unitholders will receive 0.1964 shares of Republic Bank Financial Holdings Ltd for each unit held, calculated as 40,072,299 shares divided by 204,000,000 CIF units. Clause 19.2.1 specifies that in the event that the distribution in kind of shares leads to the distribution of fractional shares, the number of shares will be rounded down to avoid any aberrant result. Bonds will also be pro-rated and Unitholders will be entitled to 3.445 Bonds per Unit held. Any residual amount due to unitholders resulting from the above distribution will be paid in cash.

Imbert outlined the timeline over which the property would be distributed and the actions leading up to the termination of the fund.

Imbert was answering a question from opposition Senator Wade Mark before the Senate adjourned. Mark asked for clarification on how the fund would be dissolved and distributed, and what value unitholders would receive.

“There is a need for the government to give unit holders an idea of ​​what they are going to do with the units which we believe are 204 million because the value of these units has fallen since the time they were taken. were issued at $27 per unit, so if you convert that to stock, it would be cheaper than when it was originally purchased at $31 per unit. I looked at the share price of Republic Bank Ltd and saw about three or four weeks ago it was at $140 per share, and a few days ago it was at $133, so there is some market uncertainty, so the government needs to clear the air.”

Imbert said Mark’s information was wrong because the units had a face value of $25 when the fund was created, not $27 or $31.

“The value at which CIF units most recently trade is $28.54, so the units are now worth more than when they were first issued under the CIF Declaration of Trust on October 31. 2012 when Senator Mark was associated with a former government. . There has been a series of distributions since then, dividend payments on CIF shares from 2012 to present, so I don’t think it’s fair to insinuate that CIF holders have lost over the period.