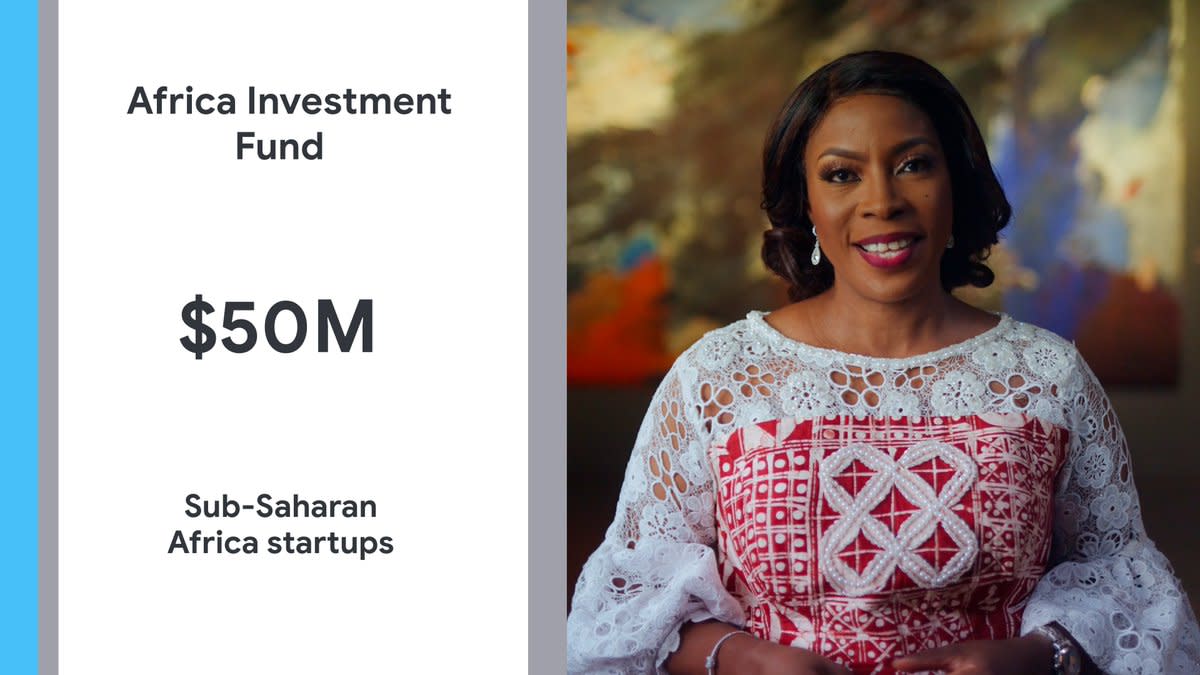 Internet giant Google today announced that it has made its Africa Investment Fund’s first investment in the Ugandan super app SafeBoda.

The undisclosed investment comes two months after Alphabet CEO Sundar Pichai announced the tech giant’s intentions to commit $1 billion over the next five years in “technology-driven initiatives,” which include a $50 million investment fund for Africa aimed at early-stage and growth-stage startups on the continent. He made this known at the Google for Africa event in October.

Prior to launching the fund, Google has been helpful in startup journeys through its Google for Startups Accelerator Africa program.

The accelerator The program has supported more than 80 seed-stage startups through Series A stages with equity-free mentorship and resources. Collectively, they have raised over $100 million in venture capital.

Venture capitalists and institutional fund managers who spoke to TechCrunch recently said they want to fill this funding gap by investing in neglected regions and sectors on the continent. Nitin Gajria, the Managing Director of Sub-Saharan Africa, Google, is one of them and he expressed these sentiments when the company announced the Africa Investment Fund in October.

“We don’t limit ourselves to certain verticals. We focus on investments where we believe that Google could add value,” the chief executive said in October. “If there are founders who are building interesting products solving real challenges in Africa, it would fall downright in our investment thesis.

Although Google’s investment in SafeBoda serves as an early reminder of Gajria’s statement, startups from the big four markets will likely fill the fund’s portfolio over the next two years.

The Ugandan startup was launched as a two-wheeled transport platform before embarking on a super app plan two years ago.

Today, it offers rides, parcel delivery, food and shopping, payments, savings and other financial services to more than one million customers in Uganda and its second largest market, Nigeria. . The company has over 25,000 drivers who have fulfilled over 40 million orders in both markets.

SafeBoda has rarely announced any of its funding rounds since its creation in 2017, but people familiar with the company’s deals say it raised more than $20 million. Its investors include Gojek’s GoVentures, Allianz X, Transsion Holdings, Beenext, Unbound and Justin Kan.

SafeBoda said the investment from Google’s Africa Investment Fund will help it “drive its growth in Uganda and Nigeria, adapting its transportation-focused app to offer new payment and service solutions. financial services to its growing set of customers: passengers, drivers and merchants”.

“SafeBoda welcomes Google to its community and are excited continue to drive innovation in informal transport and payments in the boda boda (East Africa) or okada (West Africa) industry,” said the co-founder Ricky Rapa Thomson in a statement.

“This vital industry is the lifeblood of African cities and fuels economic development. SafeBoda is delighted that leading global companies such as Google see the importance of supporting startups working towards these goals.

A spokesperson told TechCrunch in a written statement that the investment in SafeBoda was made to “strengthen a relationship with a potential future partner who has a strategically aligned vision for better logistics and transportation.” Asked how many investments to expect in the coming year, the spokesperson said Google was not setting any expectations in this regard.