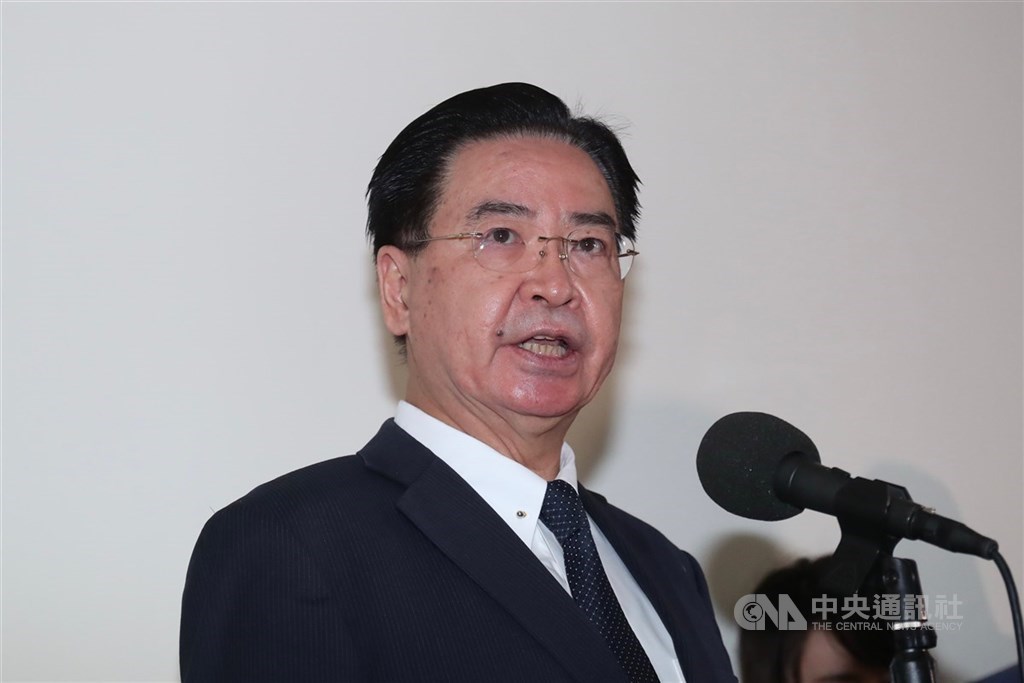 Speaking virtually at a conference hosted by the Inter-Parliamentary Alliance on China (IPAC) in Rome, Italy, Foreign Minister Joseph Wu (吳 釗 燮) noted that the EU is the biggest investor in Taiwan while Taiwan invests relatively little in Europe.

“And therefore, we think we have to strike a balance,” he said, responding to a question from a MEP on what the EU could do to strengthen bilateral relations.

Both sides need a mechanism to encourage Taiwanese businessmen to see Europe as a potential market for them, and signing a BIA is the best way to do it.

According to Wu, there had been discussions about a potential Taiwan-EU BIA in 2015, but the proposal was postponed because many European countries believed it was more important to make such an agreement with China first.

In other words, “Taiwan was being held hostage” because many European countries would not discuss with Taiwan on the matter before making such a deal with China, Wu said.

But now that the European Parliament has suspended talks on the EU-China Comprehensive Investment Agreement (CAI), now is the right time for the EU to think more seriously about a possible deal with Taiwan, Wu noted. .

Some Taiwanese officials have touted the BIA as a potential free trade deal, while others, like Wu on Friday, viewed it more as an investment deal.

It has not yet been specifically defined, perhaps because initial bilateral discussions on the issue have not yet started.

At the same time, Wu thanked the European Parliament for adopting a very first report on political relations and cooperation between the EU and Taiwan earlier this month.

Official document calls on the EU to strengthen ties with Taiwan and support Taiwan’s international participation while calling on the EU to play a more active role in the search for peace and stability across the Taiwan Strait .

“The rise of the People’s Republic of China led by the Chinese Communist Party is the defining challenge for the global democratic space. It justifies us to work more closely together,” Wu said.

The IPAC event was supposed to serve as a “counter-meeting” ahead of the G20 leaders’ summit to demand a tougher stance on the Chinese government, according to an IPAC press release.

Wu was among those targeted by the Chinese government, including Penpa Tsering of the Tibetan Central Administration, former Hong Kong lawmaker Nathan Law, and Uyghur artist and activist Rahima Mahmut, who were invited to attend the conference. Friday.

Wu, who is currently visiting Europe on a trip that took him to Slovakia and the Czech Republic, was unable to attend the Rome meeting in person, however due to a tight schedule, according to the Taiwanese Ministry of Foreign Affairs.

He is currently in Brussels, from where he delivered his speech at the IPAC conference. He is also expected to meet members of the European Parliament and possibly EU officials, although his itinerary in the Belgian capital has not been disclosed.

When asked if Wu had met with EU officials, an EU spokesperson told CNA in an email: “We are aware of the visit. There may be informal meetings at a non-political level. This is not something we would comment on. “

While maintaining a “one-China” policy, the EU pursues close cooperation with Taiwan as a “like-minded economic and high-tech partner,” the spokesperson said.

“In recent years, exchanges and cooperation with Taiwan have intensified and now cover a wide range of areas ranging from trade and economic issues to industrial and digital policies, disinformation, human rights and connectivity, ”added the spokesperson.

(By Joseph Yeh and Tang Pei-chun)