Despite the turmoil, investment banks are still lending £1.5bn to property in London 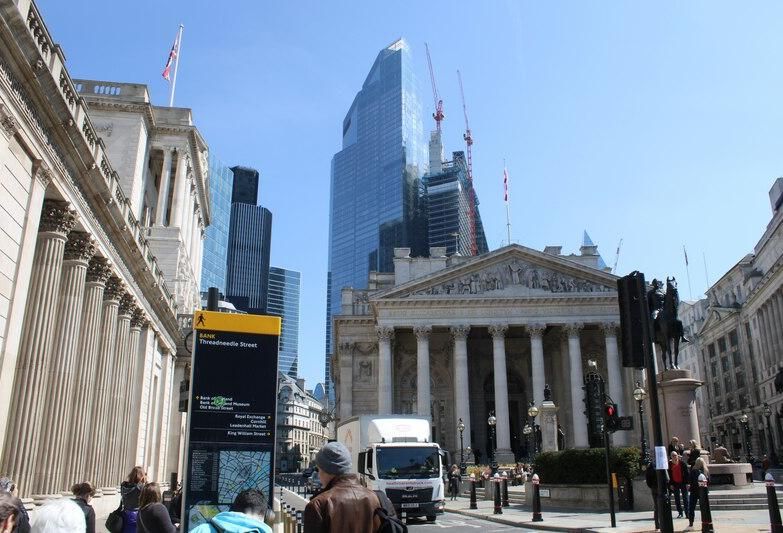 22 Bishopsgate towering above the Royal Exchange

Bank of America has provided a £1.25 billion loan to owners of 22 Bishopsgate in the City of London, CoStar reported. Meanwhile, JP Morgan has provided £277m to fund construction of the next phase of Quintain’s build-to-let scheme at Wembley Park.

The funding comes the same week the value of the pound fell due to tax cuts and an increase in public borrowing was announced by the government of new British Prime Minister Liz Truss.

The Bank of England was forced to step in and start buying UK government bonds on Wednesday as credit risk in the UK financial system could begin to dry up.

Bank of America has provided a £1.25bn loan to the consortium that owns the £1.4m SF 22 Bishopsgate, which includes AXA IM – Real Assets, Singapore’s Temasek and Canada’s PSP.

The debt is at a loan-to-value ratio of 50%, CoStar said, which would value the building at around £2.5billion. This would make it the most valuable building in the UK.

22 Bishopsgate is primarily office space, but also has approximately 140K SF of amenities, including a gym, health center, restaurant, and food court. The viewing gallery at the top was bought by Khalid Affara, the investor from whom AXA purchased the site earlier this year.

The building was 75% leased in February this year, with Apple being the largest tenant of 130,000 square feet of space. CoStar said rents for the building ranged from £71 per SF to £88 per SF.

Quintain said 74% of homes delivered will be BTR. The balance will be made up of condominiums, affordable rents and discounted market housing, with residential buildings to be completed in early 2025.

Quintain has already built 3,624 homes in Wembley Park at a cost of £2.5billion. These homes are 99.5% rented, the company said.