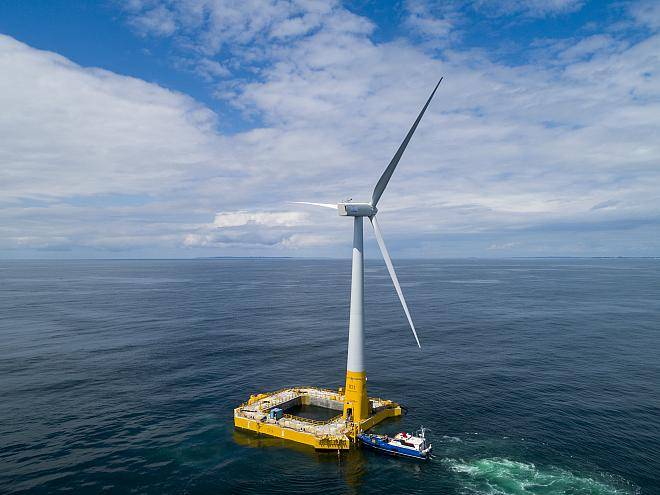 BW Ideol, a company specializing in floating offshore wind solutions, has signed an investment agreement with the Japanese JERA and the French ADEME Investissement to create an investment company intended to finance the co-development of offshore wind projects using the technology patented Damping Pool by BW Ideol over the next 5 years. years.

As part of the operation, BW Ideol will hold 51% of the new entity, with JERA and ADEME Investissement each holding 24.5%.

“We are honored to have signed the investment agreement with JERA and ADEME Investissement. This agreement solidifies our strong relationship with JERA, Japan’s largest utility company and an established player in offshore wind developments, particularly in Japan and Asia. We are also happy to further consolidate our relationship with the Program d’Investissement d’Avenir (sponsor of ADEME Investissement) which partnered with BW Ideol in the financing of its Floatgen demonstrator.

“This tripartite collaboration reflects our joint ambition to fully capitalize on the opportunities created by the rapid growth of the offshore floating wind market by leveraging BW Ideol’s growth strategy as a co-developer of floating wind projects based on our unique floating foundation technology,” said Paul de la GuériviereCEO of BW Ideol.

“We believe that floating offshore wind is poised to confirm its potential and become a substantial contributor to meeting future climate goals. This partnership aims to fund first commercial-scale projects and support BW’s technology Ideol because both will contribute to accelerating the competitiveness of floating offshore wind power” declared Arnaud Leroy, CEO of ADEME.