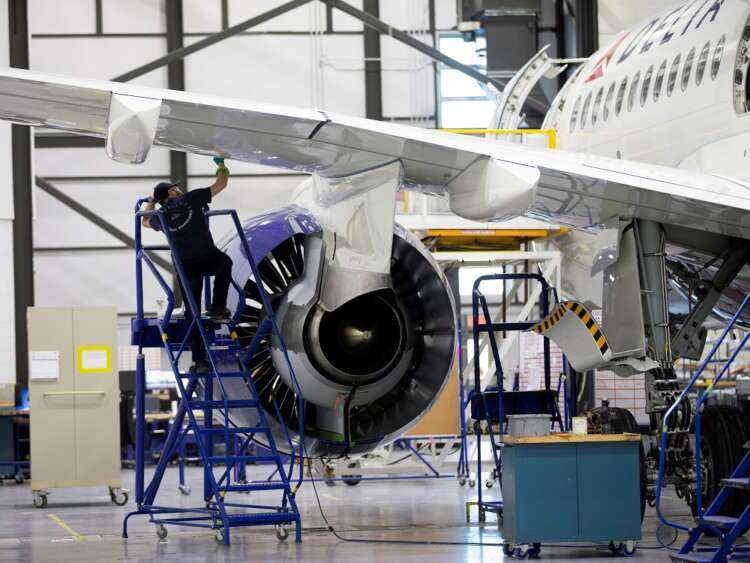 MONTREAL (Reuters) – Airbus and Quebec are set to announce an investment deal that would see the Canadian province stay in the loss-making A220 jet program until the company is likely to turn profitable, said two sources familiar with the matter. The investment deal, to be announced on Friday, would postpone by four years the period when Airbus buys Quebec’s 25% stake in the small jetliner from 2026 to 2030, one of the sources said. Under the agreement, Airbus and the Quebec government would invest in the program, the two sources said.

While the 110-130-seat A220 has benefited from airlines’ preference for relatively small jets during the pandemic, Airbus has yet to secure prices low enough for many of the plane’s components to push the project. A220 in the dark.

The program is not expected to be profitable before 2025.

Contracts with key suppliers such as Raytheon Technologies were initially made under Canada’s Bombardier, which lacked buying power as it tried to enter the consumer jet market and ceded control of the program of jet aircraft to Airbus in 2018.

Airbus was expected to use its global marketing network and the higher purchasing power of its suppliers to push the project into the black, but as sales soared, sources from the industry say it has struggled to get the concessions it wants from suppliers.

It has secured price reductions of around 20% from its main suppliers, but is pushing for another comparable reduction, while considering whether some parts could be redesigned to make them more efficient to produce, sources said. ‘industry.

The A220 is built both at an Airbus plant in the Montreal area and at the Mobile plant in Alabama.

In 2020, the Canadian Bombardier exited the program, the first all-new narrow-body jet in 30 years originally called the CSeries, after being plagued by delays and cost overruns.

The deal gave Airbus a 75% stake in the A220 program and the Canadian province of Quebec ended up with the remaining 25% after agreeing to invest $1 billion in the CSeries in 2015.

Talks of a deal were reported in January by the Journal de Montreal.

(Reporting by Allison Lampert in Montreal and Tim Hepher in Paris; editing by Elaine Hardcastle)